The Dorgan-Sublett Trail is one of the newest trails in Big Bend National Park, being turned into an official trail in 2008.

The National Parks Service had to turn this area into an official trail since the ruins of the old ranch could be seen by passersby on Ross Maxwell Scenic Drive. People would see the ruins, stop their cars and make their own paths through the brush up to explore the site. All of this unmanaged foot traffic created a number of “social trails” through the brush to the extent that, in some areas, it eventually lead to erosion of the hillsides and other environmental and cultural damage near the ruins. (See the NPS Environmental Assessment/Assessment of Effect)

The trailhead for Dorgan-Sublett is now easily accessible in any vehicle, being at the new pull-off on Ross Maxwell Scenic Drive between Cottonwood Campground and Santa Elena Canyon.

To get to the trailhead for Dorgan-Sublett Trail (29.154145, -103.579765), take a left out of Park Headquarters at Panther Junction drive about 13 miles to the turn off on the left for Castolon and Santa Elena Canyon.  From there you’ll drive approximately 28 miles to to the pull off for the trail on the right. On your way there you’ll pass Castolon Store and Cottonwood Campground. You’ll also see a road sign pointing to the trailhead, so it’s hard to miss. 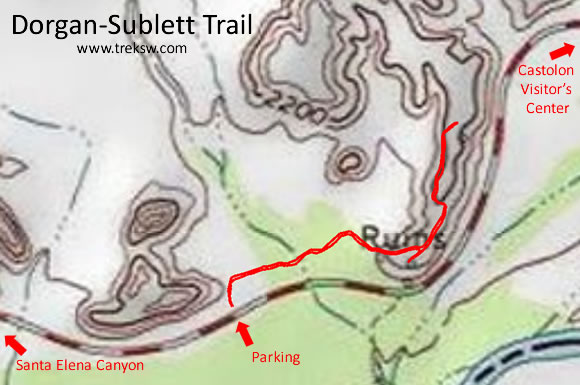 Immediately after setting out on the trail you’ll see the ruins of one of the old farmhouses (see below for more on the history of the area). You can walk up to and around the house to take a look, but try not to touch or disturb anything. 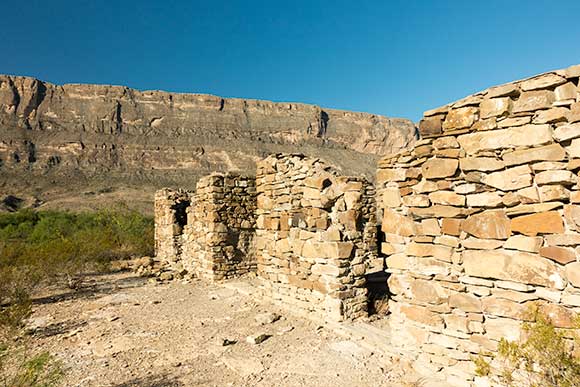 From there, you’ll hike through part of the area they farmed (now overgrown with brush and trees) until you start climbing a small hill. 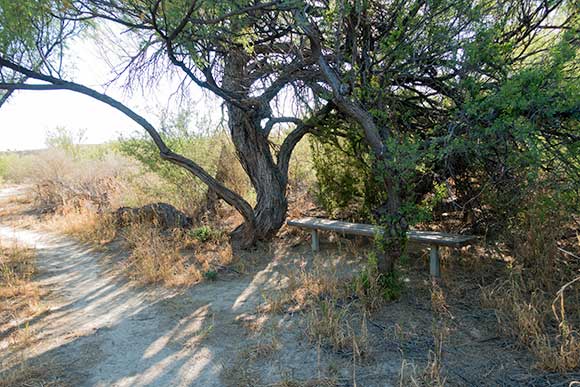 At this point, the trail will split, with a small house that some call La Casita on the right, where the farm hands that worked on the farm lived. 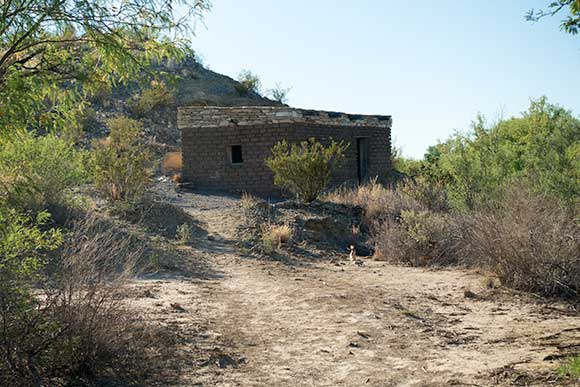 Just past La Casita on top of the hill, you’ll see the foundation of a building with nothing else. It’s believed that this is all that remains of the Sublett’s house.

Beyond this point, you’ll start heading across a small saddle to a larger hill where you’ll find the remains of the house that the Dorgan’s built out of cottonwood timbers and adobe bricks.

In the picture below, you can see the remains of the central fireplace and the front wall with the doorway. 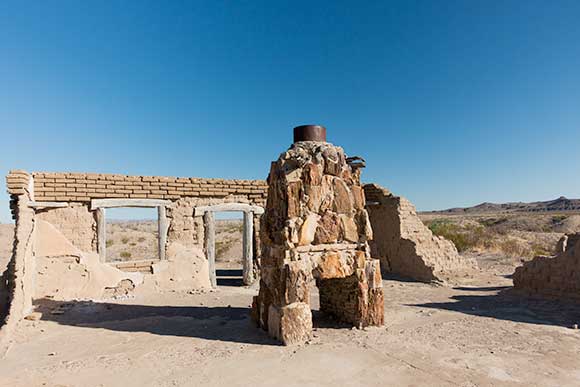 A Brief History of the Dorgan-Sublett Area

Mr. Dorgan fought as an aviator in the military in World War I, eventually leaving service 1914. He was a jack of many trades, spending time as a supervisor for building operations, working as a real estate agent, and as a landscape architect.

He and his wife, Avis Ann Dorgan, lived in Big Bend until 1938. After moving away they kept their property, leasing it out to tenant farmers until they sold it to the park in the 1950s.

Mr. Dorgan was an outspoken advocate of the idea of creating an international park in partnership with Mexico for many years, but unfortunately it never came to pass. At least not yet…

Before his partnership with Albert Dorgan, James Sublett was already a successful farmer in the area. He introduced mechanized farming to the Big Bend region, greatly increasing the productivity of his operations.

The National Register of Historic Places paperwork states that Albert Dorgan was James Sublett’s son in law. It is believed that Sublett’s previous success led to Dorgan moving to the area prior to them forming their partnership.

Dorgan and Sublett formed a partnership called the Grand Canyon Company in 1918 to farm the Rio Grande area, where they extensively irrigated, planted cotton, sorghum, wheat, corn, alfalfa and melons.  They named the farm itself Grand Canyon Farms.

They bought the acreage for Grand Canyon Farms from brothers Tom and Charlie Metcalf, who already had a ranch and homestead at this location.

The stone and adobe building you see as you first begin the trail has conflicting history is said to have been the Metcalf’s homestead, which the Dorgan’s lived in until they built their home at the end of the trail. Conversely, it is also said to have been built after the Sublett’s and Dorgan’s bought the land. With the clouded history, it’s hard to be certain. In any event, after Dorgan built his larger house, this building was turned into a store.

Further up the trail from the first structure, you will see a well preserved adobe house with stone on top known as La Casita. This was built to house the farm hands who worked Grand Canyon Farms. There used to be a small adobe shed next to this building but no features are left of this structure.

On top of the hill to the right, you will see where Sublett built his house, though all that remains today is the foundation. It was once a two room adobe house separated by a central hall.

After living in the stone farmhouse for about ten years, Dorgan built his house less than a mile northeast of Sublett’s house overlooking the Rio Grande valley.  Dorgan’s house was the more elaborate of the two and had large cottonwood beams across the tops of the window frames and a native stone two sided fireplace. It was quite large for the time at approximately 1200 square feet.

The area, consisting of the remains of the five historic structures, was added to the National Register of Historic Places in 1974. Unfortunately, not much was done to preserve the area until recently and only traces are left of a once thriving and massive farming operation.