Chisos Mountain Lodge is a passable place to stay in Big Bend National Park if you have to be in the center of things and just aren’t interested in doing any camping. 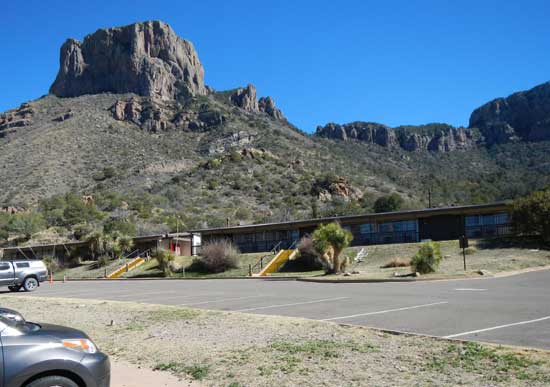 You’ll have a good restaurant within walking distance next door and mutliple trails begin in the immediate vicinity.

Don’t expect luxury though. If you’re looking for that, you should consider the Gage Hotel in Marathon, or Lajitas Resort in Lajitas.

The rooms appear to not have been updated since the late 1970’s or early 80’s. 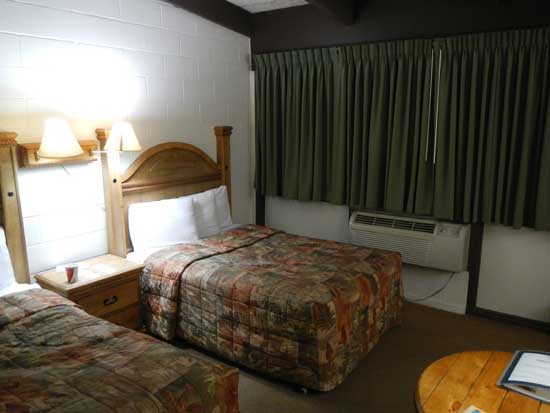 You do get a microwave, a small refrigerator and coffee pot, which is handy. 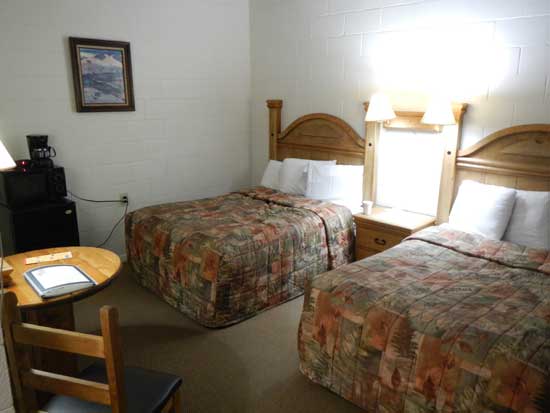 The bathroom area is terrible. It looks like the dresser and closet were made in a high school wood shop class. 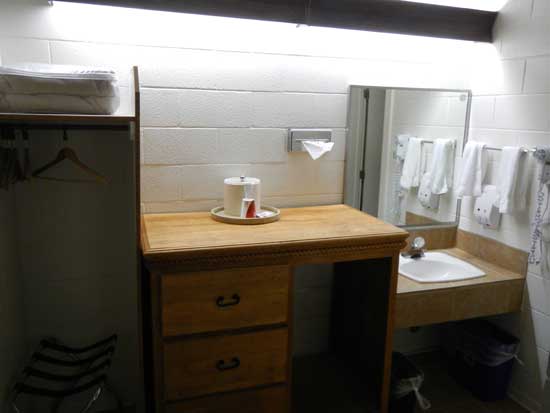 The showers are not much better. They are tiny, which is difficult for me being 6’4″ and 235 pounds. Its so tight in there that its difficult to close the door while you’re inside. I can understand why this isn’t updated though, since it would be a major renovation. 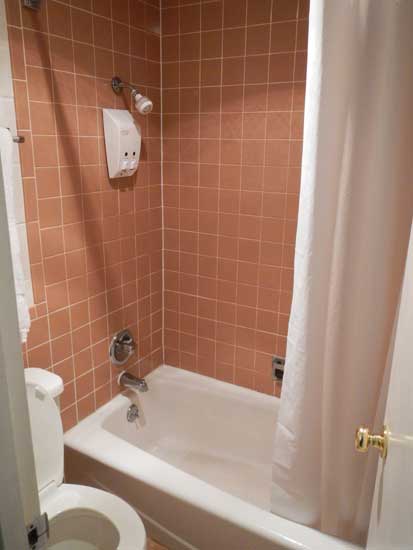 At the end of the day, I wouldn’t really care that the rooms look like what you’d get in a $59 a night hotel in a sketchy neighborhood, if the beds were comfortable. Sleeping on the ground in a tent really isn’t much worse than the beds. At least you won’t get seasick from it being so springy.

When we first got to our room and I sat on the edge of the bed to take my boots off, the box-spring actually fell through the bed frame and hit the floor. I think for ~$150 per night, they could afford to have decent beds.

If I plan on going on a long hike the following day, I don’t want to wake up sore from a cheap mattress.

The guest book that they leave in the rooms seemed to claim that there was free wifi available. We couldn’t find it except at the restaurant. Don’t expect it in the rooms.

Additionally, there are no TVs in the rooms (not that big of a deal), but they’ll rent you one and a DVD player for $10 a night, along with two DVDs. Honestly, I don’t care all that much for TV, but offering to rent customers one for $10 is kind of insulting, seeing as how you already paid $150 a night for the room.

I’ll probably get a lot of hate for this post by those that feel like I shouldn’t expect comfort at a national park. If that’s the case, then I shouldn’t have to pay for it. Why should I set the bar lower just because of the location?  If they would just fix the beds, that would make me happy.  The rest really doesn’t matter all that much.